Armuchee Baseball is Right Around the Corner… 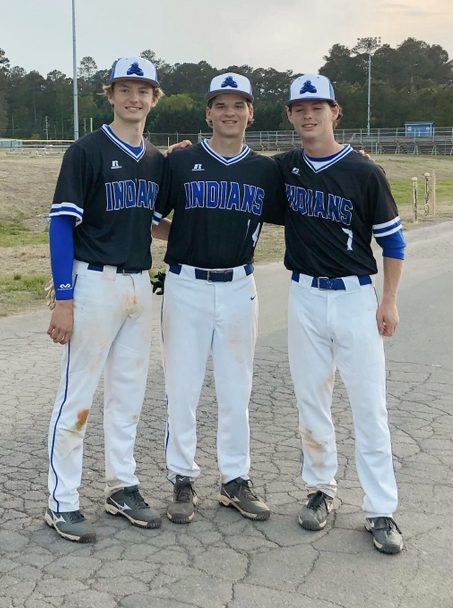 As winter approaches, so does the high school baseball season, and the Indians could not be happier. With a variety of Armuchee high school baseball players finishing up their travel ball season and some finishing up their football season, the players’ minds shift toward school ball. Players being prepared and loose for the season is a major factor, so players are already practicing, working to get into their groove and ready for the upcoming season. By the time tryouts are here, which is right after Christmas break, everyone is thrilled for the next 3-4 months.

Although last season ended on a low note, the Indians are ready for baseball season to roll around. Junior Blake Mathis said, “Compared to last year, this year’s team chemistry is better. This year, the team has way more experience and skill.” Also, Sklyer Thurston said, “Since a lot of underclassmen played last season, this year we will have more experience, and they will step up and be leaders on the team since we only have one senior.” This upcoming season, the team’s chemistry is expected to be high, and the team should improve from last year, due to everyone’s level of experience improving.

Players are already preparing for the upcoming 2021 season. They have already been conditioning with Coach Henderson after school, and doing workouts on their own. Junior Ethan Campbell, said “I have been doing bands and arm workouts to prepare him for the upcoming season.” Jack Rogers stated that he has been long tossing three times a week and band work every day. He is a pitcher, so he is mainly focused on increasing arm speed. Also, Junior Blake Mathis, said, “I have been fixing my swing by doing tee work, long tossing once or twice a week, and doing specific shoulder workouts to increase my arm strength.” Almost all players on the Varsity squad are developing their arms and form.