Key Club and FBLA Stay Active in the Community 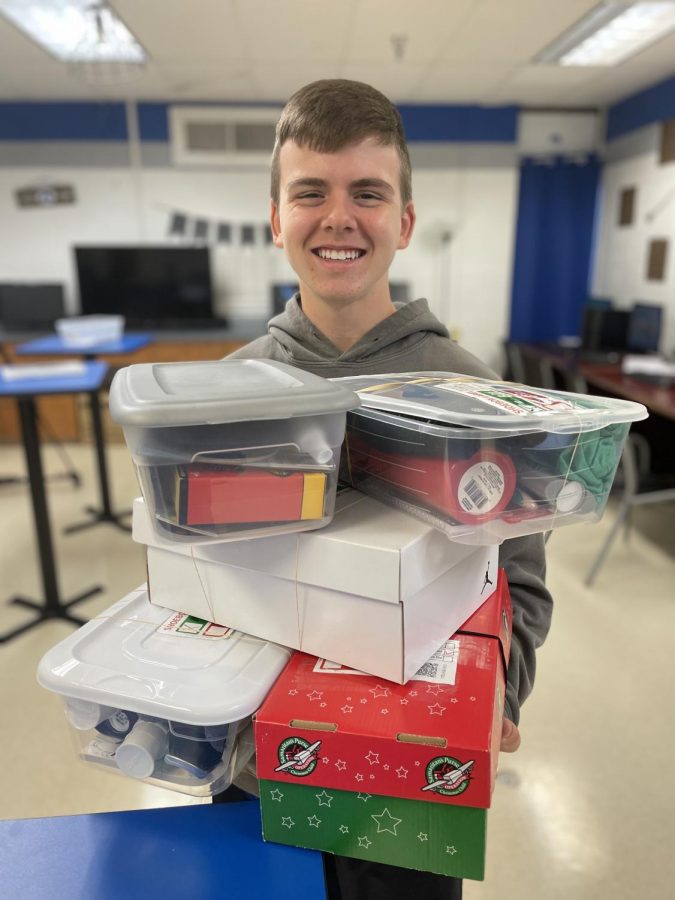 Key Club completes at least one service project a month. October service projects included writing letters to our US Military for Operation Gratitude. In addition, members participated in a supply drive for Brighter Birthdays of Rome, as well as a Trunk-or-Treat at Northside Church. Dylan Pierce, sophomore, has been a member for the past two years; he said, “Key Club is pretty hard-working, and overall the people are pretty nice.” Dylan has volunteered at a basketball game and a volleyball tournament and said that he likes staying a part of the school’s community by volunteering. Riley Roberts, junior, is the vice president of Key Club. She said, “I enjoy the community that Key Club offers and how they can all come together and do service together in the community.” Riley, junior, thinks that the Key Club is family-oriented and has a really friendly environment. She suggests joining Key Club for all of the upcoming 8th graders and anyone who isn’t already in Key Club. You can join Key Club by contacting Mrs.Mowery and signing up on Google classroom.

FBLA, Future Business Leaders of America, competes in regional competitions in Atlanta and participates in service projects, as well.  Mrs.Arp has been the advisor for FBLA for 15 years.  Students who are interested in a future career involving business often join FBLA. One of the members of FBLA, Avery Seiter, sophomore, said, “FBLA is a really good environment to be in and it encourages you to be more open. I am able to hang out with my friends while doing something for others. ” Avery is also going to compete in Atlanta on November 27th. The past project that they worked on was writing letters to nurses due to the pandemic. Ryan Strickland, sophomore, competed in both regional and state competitions for FBLA his freshman year which was 2020. “The categories I competed in were parliamentary procedure, the rules and regulations of government, and entrepreneurship, how to own and grow a business. Even though the tests were online, I was still thankful to be able to compete. I placed 7th and 5th in regional and moved on to state in the parliamentary procedure category where I placed 7th again. I am hopeful that I will be able to compete again next year.”

Key Club and FBLA are great ways to get involved in the school and the community. The environments are welcoming and students genuinely enjoy being in both FBLA and Key Club.