Kickin’ It With Key Club 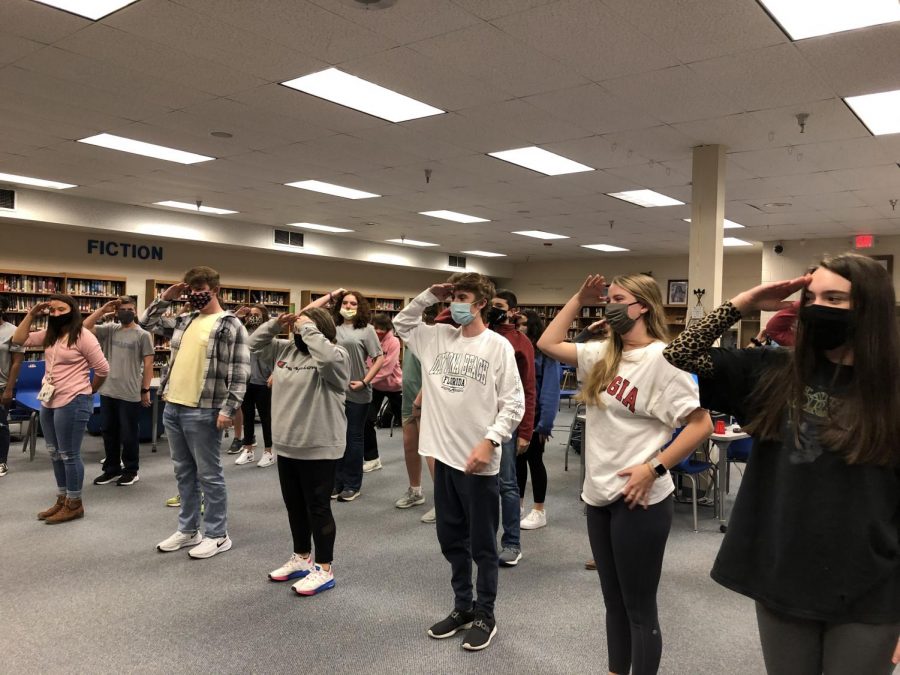 The Armuchee chapter of Key Club, a service based organization, had it’s annual “Kick Off” meeting last Friday. It was full of games, snacks, and fun. Each year key club members participate in the “name game” where the person at the beginning of the circle says their name. The next person says the name of the person before them then their name. The third person says the name of the two people before them then theirs. It continues until the last person in the circle says all the names. It’s always a huge hit and a great way for everyone to meet each other.

Although the name game is popular, it’s not the only game that was played. Acacia Neal, Junior, said that, “My favorite part of the meeting was playing ships and sailors. It’s my favorite game.” Ships and sailors is a game in which players follow the “captain’s” orders. This game is similar to “Simon Says” in the sense that if you do an order wrong you’re out. Freshman Jaycie Johnson and Logan Benedict tied for first place of the game.

Key Club is more than just a club for snacks and games. It’s main purpose is to teach students to better serve their community. Hannah Dellis/ Senior has been in Key Club since freshman year. Hannah says that “Key Club is a great way to give back to my community.” While serving our community, Key Club members often build new friendships. Hannah Dellis and Riley Roberts, Sophomore, said that at the Key Club Kick Off meeting she “…talked to Hannah Dellis… and she was really sweet! It’s always fun to get to know new people who are into the same things you are.”

This year was the first opportunity the new Key Club leadership staff had to get to know their fellow members and exercise their leadership skills. Riley Roberts was one of the many new leaders.

She said “My first meeting as an officer was really good! My favorite part was getting to know the new people and showing them what Key Club is all about.”

Key Club has a lot of big plans this year for ways to help their community. A few things they have in store are packing for Brighter Birthdays. Brighter Birthdays is an organization created to help those who may not have as much as others in our community by providing bags full of goodies given to children on their birthdays. The organization is an annual Key Club event, however, this year we plan to increase our support. The Key Club leadership team is in the process of planning a large fundraiser encompassing the entire school to raise money for the organization.

The Key Club Kick Off meeting also served as the first time many students got information about what they were getting themselves into by joining the club. Club president Sydney Pledger/ Senior revealed that this year’s t-shirt would be tie-dye! Students will meet one day after school to create custom t-shirts with blue and yellow dyes this December.