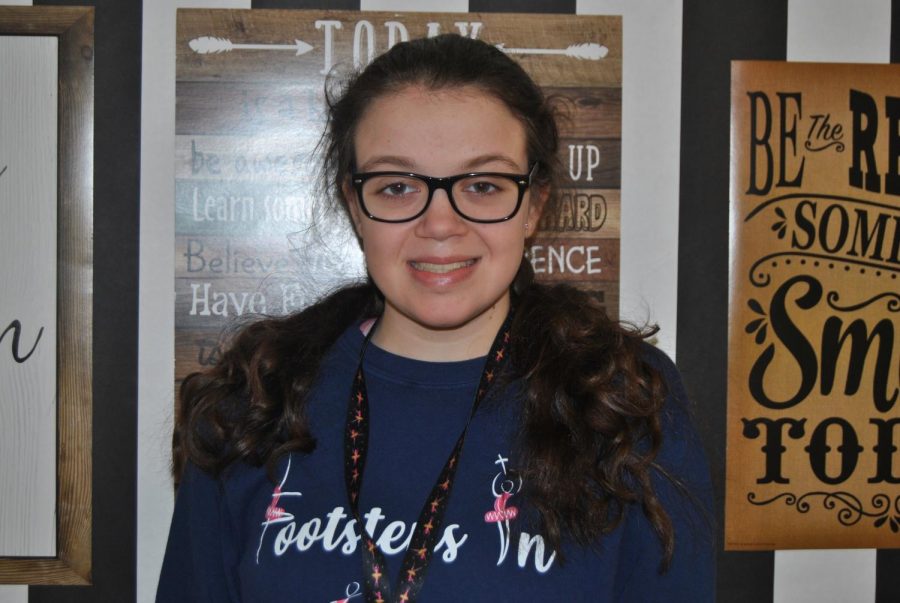 To move rhythmically to music, typically following a set sequence of steps, is the definition of the art known as dance. Courtney Hutcherson is a sophomore at AHS, who is currently attending classes at Rome Civic Ballet, as well as taking honors courses here at AHS. Courtney began her career in dance around the age of 6 and began to excel. “My mother took me to a recital once. She wanted me to try it and see if I liked it.” Courtney did, and she continued dancing. Now she is 15 years old and continues her classes at Rome Civic.

Courtney takes about 7 and a half hours of classes per week. To prepare these classes she takes extra time to stretch every day and practice in any spare moment, balancing in between honors homework, chorus, and concert band. The class begins with a warm-up and barre. Barres are stationary handrails used extensively in ballet training and during warm-up exercises. They then move across the floor, changing combinations of choreography and footwork. After that, they begin to practice and learn the choreography. Once the work is done, they stretch once more to cool down after a long practice. Even after all the hard work, when Courtney grows up she would eventually like to teach dance classes to children in her own studio.

The art of dance takes a lot of hard work and dedication. The hardest work, however, is working with your weaknesses in order to make them your strengths. ̈My biggest weakness is my technique. The little intricate details of my feet in the point shoes are more difficult to perfect,” claimed Courtney. “Dance has taught me that if I want to do something well, I have to put in the work to make it,” said Courtney. ̈My biggest strength is my ability to perform. I think I have a great stage presence and am very entertaining.” If you ask others, they will hearten that claim.

One of Courtney’s friends, Ella Young, a sophomore, said, “Courtney could go on for days about dance. You can truly tell that it is her passion.¨ The best three words to best describe Courtney are  “energetic”, “outgoing”, and “entertaining”. She is a performer, that’s her strength. You’ll spot Courtney from a mile away in the halls or in the classroom where you will most likely see her practicing whenever she can. Courtney’s teachers say the exact same.

Courtney has learned many life lessons and has made many long-lasting memories because of her passion for dance. Her leadership skills have increased to the highest level, which will aid her later on in life. “Hopefully, I will become a role model for those young dancers!” said Hutcherson. She plans to continue dancing for as long as she is able to. To those starting out, Courtney ́s advice would be, “Don ́t give up! It’s going to be difficult, but the farther you go the better you will be.” 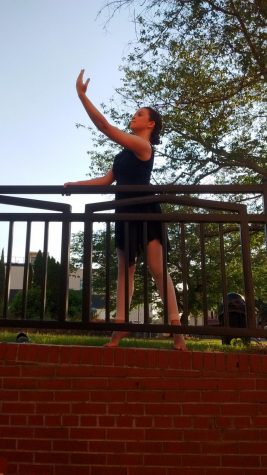