One Act Play is a Success 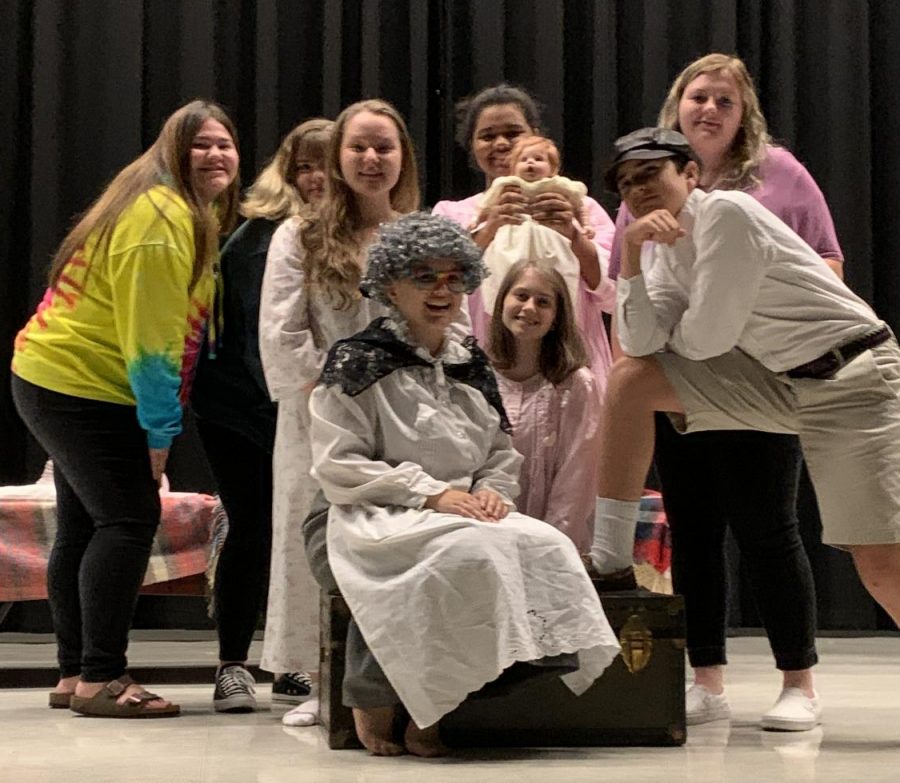 The One-Act Play Competition was held at Model High School along with 5 other schools: Model High School, Coosa Highschool, Pepperell High School, Rockmart Highschool, and Gordon Central. In addition to the competition, the One-Act Play was performed at Armuchee High School on October 30, 2019. Five actors participated: Adain Mowery, Shiloh St.Clair, Kirsten De’Young, Becky Fries, and Breanna Donaldson. The months of practice time was important for performing the play. There are no languages used in the play, but the main focal point during the play was incorporating an Irish accent.

This play was based on 3 Irish sisters who are on the Titanic traveling to America to see their father. Practice occurred every Monday through Thursday in the Armuchee auditorium where students worked on their Irish accents and lines. Shiloh said, “I still struggle with the lines because I have so many that my mind goes blank when I perform sometimes.” Shilo believes practicing is important because the actor better understands the character and who they are portraying. BreAnna said, “Practice started earlier in September from 3:30 to 4:30 and during tech week from 3:15 to 6:00”. “I was worried I would forget something,” said Adain Mowery, freshman. In the school performance, he remembered all his lines. Adian participated in a drama club in middle school where he also was a member of Jr. Thespian Society, a club for actors.

Leah Byrnes, ELA teacher,  said, “I enjoyed directing this play. We add something more challenging each year. The students in this play had to learn a South Dublin accent, and it was fun to work on practicing the words.” There was some help from the backstage crew: Nathan Mathis helped with sound/lights, Carlie Tamorina helped with sound, Anna Young helped with make-up, and Rexanna Santos was a stage assistant. Finally, Ariana Harris worked on sound. “Mrs. Brand also helped us this year with blocking etc,” said Mrs.Byrnes. The Armuchee High School One-Act Play was a great success thanks to our participants and advisors.